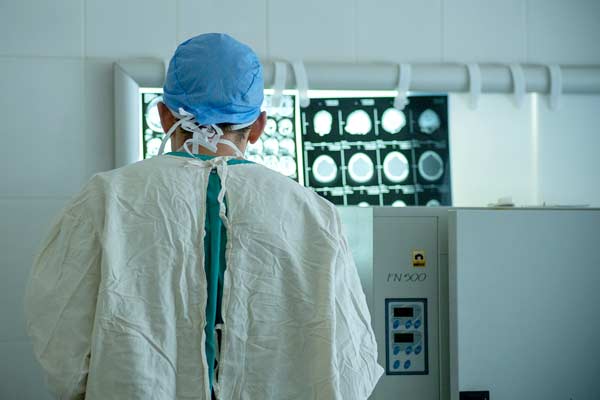 How Much Do Doctors Make in Canada?

The annual average income for doctors in Canada is comfortably in the six-figure range. However, the federal government has no say in how much a doctor earns.

Doctors and other healthcare professionals fall under provincial jurisdiction which means that legislation, licenses, and hours will vary slightly between locations.

The average physician income in Canada varies from $278,000 for psychiatrists to more than $769,000 for ophthalmologists. It is determined by various factors, including the number of patients seen each day, the sum they may bill for each patient, and the region of operation. Among the three parameters indicated, the number of patients seen each day is the most important in influencing the compensation of the majority of physicians in Canada.

However, the location also plays a huge role. Below are the salaries of doctors based on location.

In British Columbia, some doctors make slightly less than the national average. Family physicians in British Columbia earn an average of $273,000 per year. However, some earn significantly more or less.

Each year, the BC government also publishes statistics on the salaries of certain physicians in a publication called the Blue Book, illustrating precisely how much some physicians may earn.

Alberta appears to be the place to go for jobs. Not only do they have the highest minimum wage in the country, but they also have the best overall physician pay at $380,384 per year. This is far higher than the national average and the averages for each province.

In Saskatchewan, the typical family physician earns approximately $288,995 per year. Additionally, the government in that country has control over the amount a doctor can bill for insurance-covered services, setting a cap on the amount any physician can earn.

Manitoba, like British Columbia, has a provision requiring public sector employees, such as doctors, to reveal their annual earnings. Doctors in Manitoba earn an average of $354,705.98 per year, but the top-paid doctor, who works in an emergency room, earns significantly more than $680,000 per year.

Unlike most other provinces, there is no cap on the fees that physicians may charge for their services. Despite this, they are not the highest earners in the entire country. The average annual compensation is roughly $360,000; however, they are not required to reveal the earnings of individual physicians.

In Quebec, the average physician earns approximately $325,000 per year. This figure is even greater for specialists and surgeons than in many other provinces. Despite not having the best physician wages in the country, many Quebec physicians believe they are paid too much and want the money to be redirected to improve the system’s services.

New Brunswick is comfortably in the middle of the pack for physician pay, with an average of $302,123 per year, but that figure is smaller than in other provinces. Nevertheless, a recent provincial audit discovered that at least 24 physicians in the province earned more than $1 million in a single year.

Nova Scotia has the worst doctor reimbursement in the country. While they continue to earn six figures, doctors in Nova Scotia earn the absolute lowest median in Canada, at just $259,368 per year. The pay is so low compared to other parts of Canada that some physicians have stated that they would not practice there unless they were already connected to the community somehow.

In Prince Edward Island, the salary of a physician is quite close to that of a physician in New Brunswick. They make an average of $305,091 per year. Nonetheless, some physicians in the province who work long hours and are compensated on a fee-for-service basis earn more than $1 million per year. The highest-paid physician earned $1.4 million.

Newfoundland is not far behind Nova Scotia in terms of lower physician pay. The average physician income is $269,646, ranking it the lowest average in the Maritimes and throughout Canada. Indeed, salaries became a subject of controversy during the last decade as doctors demanded increased compensation from the province.

These figures represent provincial averages, which means that some Canadians will earn more than that, such as the fortunate few who earn $1 million or more per year, while others will earn less.

Additionally, this is a physician’s profits or billables well before charges or expenses associated with their practices or clinic, which can be substantial. Apart from geography, various additional elements influence a physician’s earnings in Canada.

Some of these factors include.

Physicians who practice on a fee-for-service basis require payment per service and submit a claim to the federal govt for reimbursement. The typical doctor income will be determined by the number of patients they may see in a day, their service, and the province in which they practice.

Just as your specialty dictates your visit rate, the estimated annual pay for a doctor in Canada is also determined by your specialization. More specialized medical disciplines will require a greater salary but may also require more extended hours.

Whether or if you are a recipient of other payment methods

Depending on your specialty, you may be able to charge a higher rate for your services. Salary, sessional and hourly fees, capitation models, or contract labor are also examples of alternate systems. These contracts enable physicians to make additional income through activities other than patient care.

Whether You Own a Practice

The salary of a doctor in Canada is also affected by the work environment they operate. Working in a facility or a larger medical center may result in a lower yearly average wage for a doctor. Doctors who own their own clinics are free to give themselves a salary or another kind of remuneration as income from their practice.

Additionally, doctors who run their own medical practices report being pleased and getting better job satisfaction than those who work in hospitals.

Learning doctors’ supply, payment, and activity across the country enable us to comprehend the number of doctors and the amount we spend on their services. it also helps understand the distribution of health care resources.”